well well well.   back again. holy smokes this is like 2 in less than a month.    madness abounds!!!

im not real into some writin right now, so you get a short one and a bunch of images to marinate with. …   ra ra ra.

did the highwood.   9th annual?  10th?  7th?    who knows, but this one was pretty great.   last year we got rained out a bit, still went for one bomb which was slow, then saw hank 3 in the city.  fine fine.  this time it was perfect. weather was great,  crew was too,  and took place on the solstice!  MOONFISH!!   we did the south side twice, the north once, when the sun was going down.  was quite beautiful really.  saw a grizzly, some elk, deer and one cranky hag that tried real hard to let us know that what we were doing was “ILLEGAL!!!”  .     when your maybe 65km/hr  on a tiny piece of wood trying not to peel your face on the pavement its really only the lip reading that makes any sense,  no sounds from those judging lips.     apparently the hag was dedicated about this,  and at the bottom of the north side we were treated to a visit by one of k countries finest,  and she sniffed out the booze likkety split.   dang!  actually was one of the more civil encounters with the fuzz ive been through in my time,   and after a few booze tikkies, she gladly posed with us for our annual highwood sk8 photo, as long as there were no rude gestures(see photo for proof).   we did not get any tiks for the actually skating,  only the booze, so soon as she split, we bombed the rest of the north side, and got a great view of the sunset on the first day of summer.   quite a great time.       blah blah blah,   heres the photos. 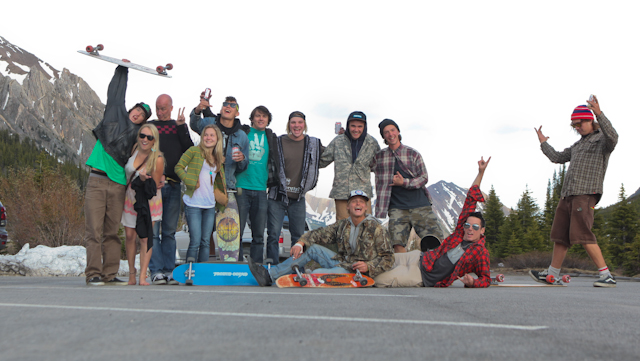 these are the 2011 highwood space monkies 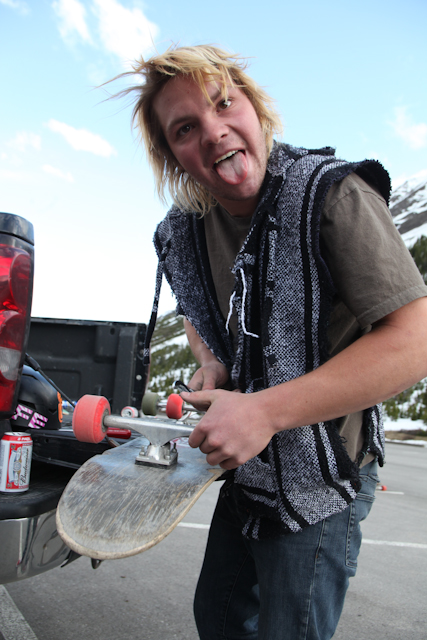 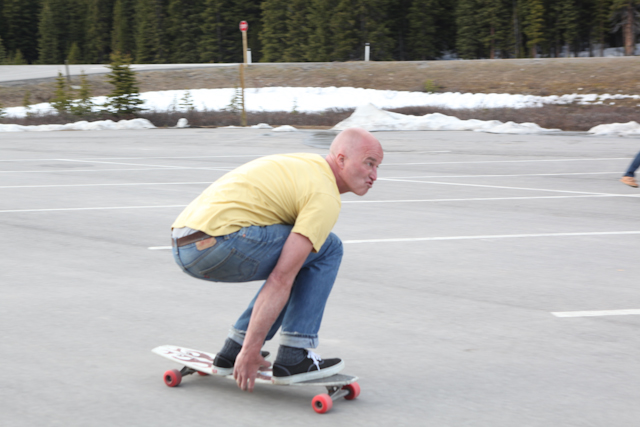 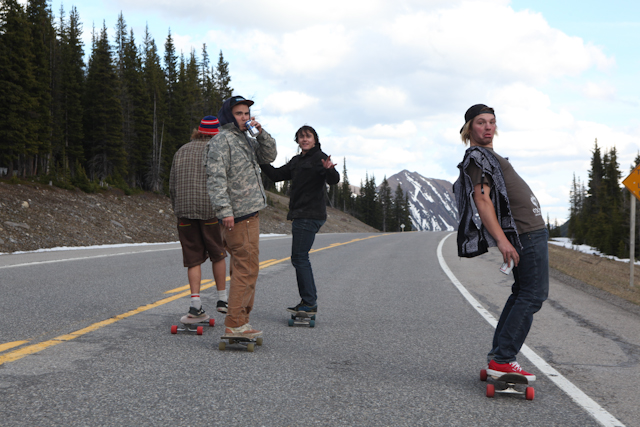 headin up to top of the south side 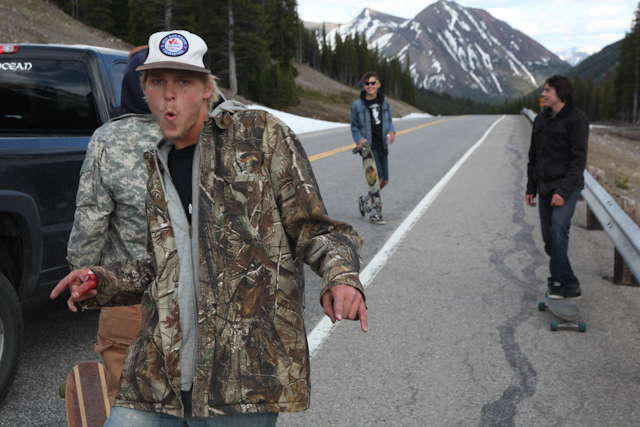 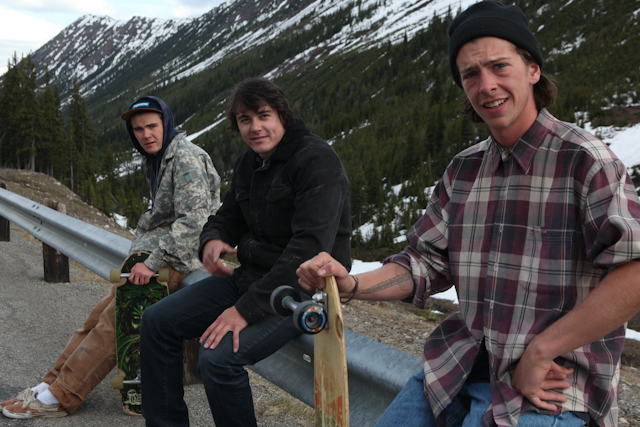 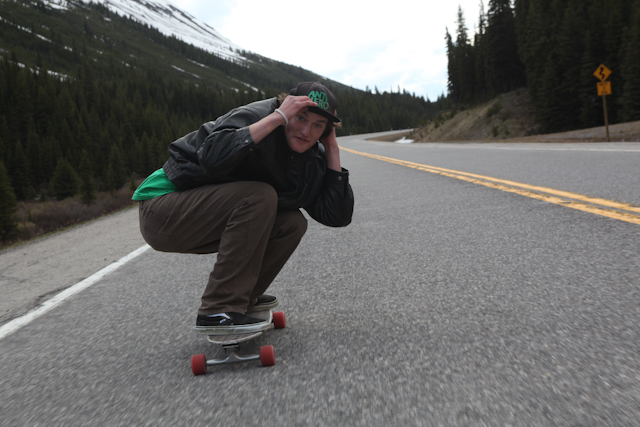 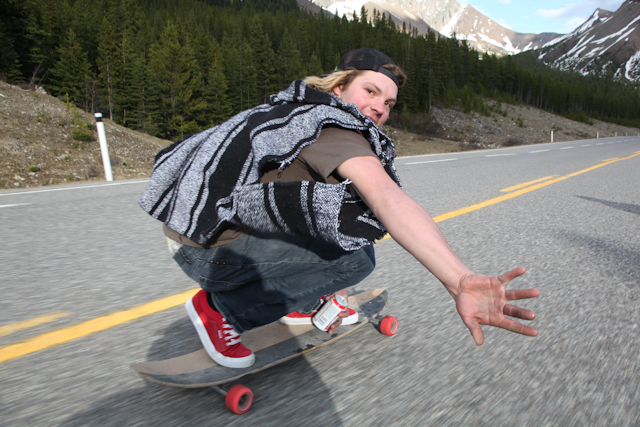 its kinda gnarly turning around and shooting photos of the lads while im on my skate in front of them, goin the same speed. im kinda confused how my camera isnt in a million pieces yet… 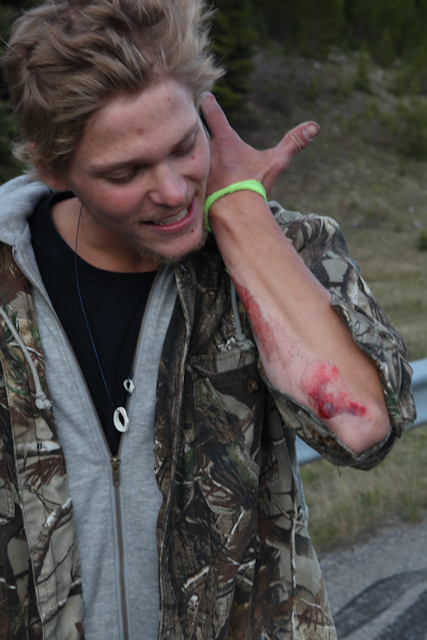 denny ate shit right behind me. i was turning around to take a photo just when he got inflicted with a terrible case of the speed wobbles and tried to execute a flying elbow into the concrete. atta boy. got right back on his skate and finished the run. 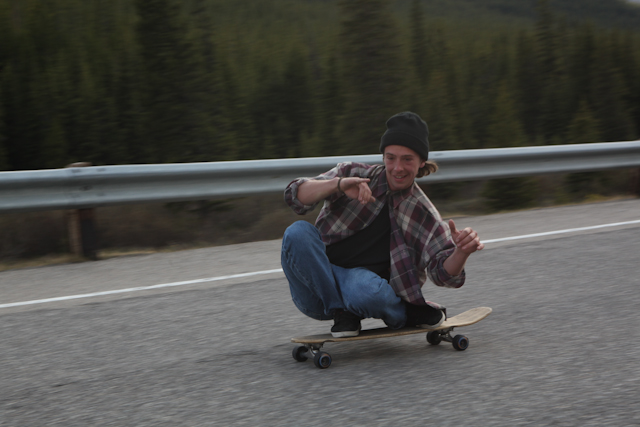 coupla pops, to the apparent disapproval of the hag and the fuzz 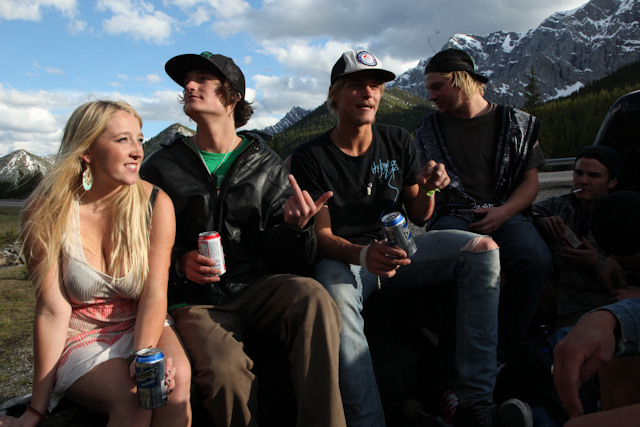 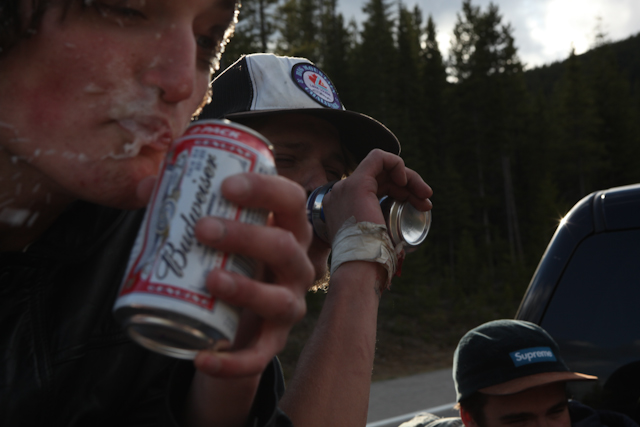 i remember this happening, cant remember takin the photo, but plenty glad i did. this is effing hilarious 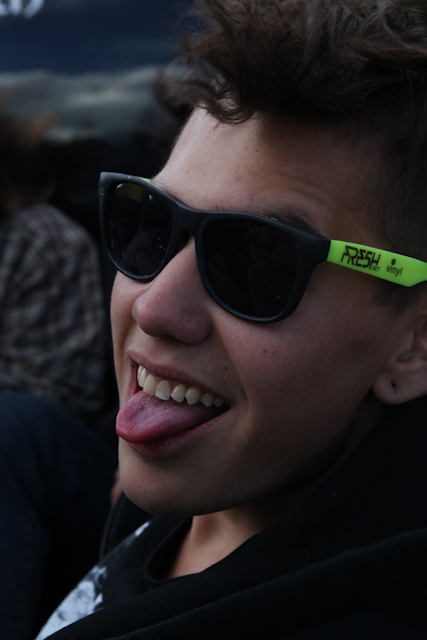 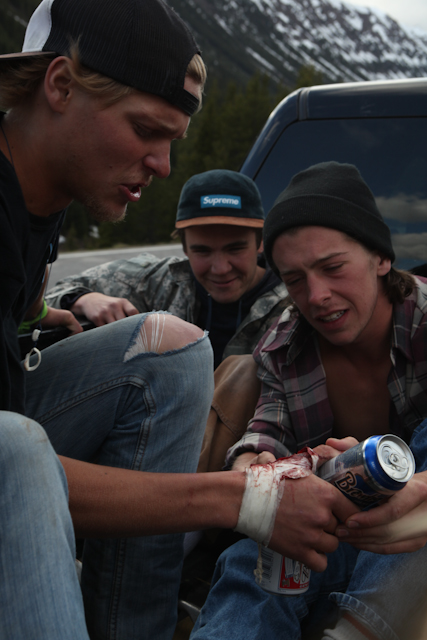 laura your hair is sweet 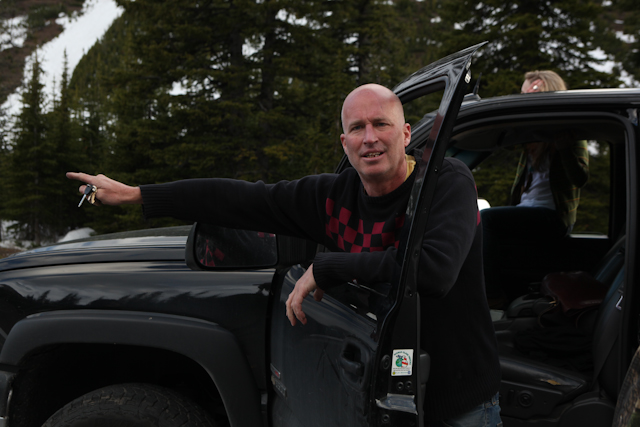 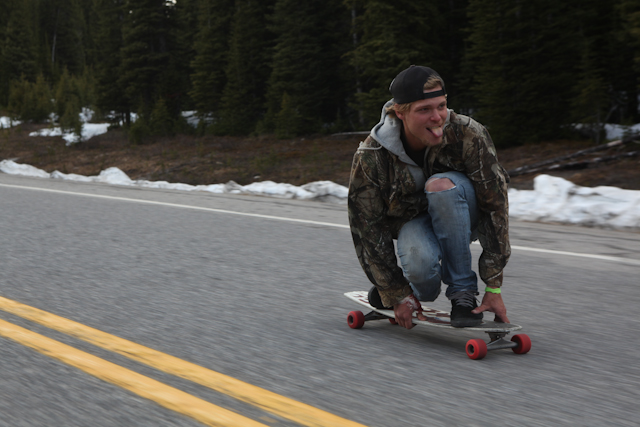 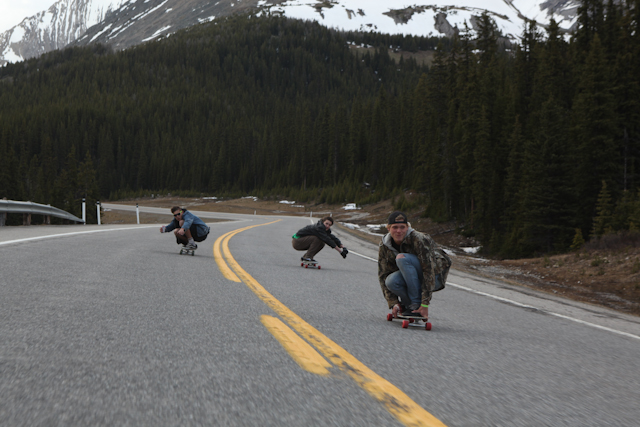 i seem to have gotten a few good ones of denny. what a handsome lad

this is jon koltais brother fyi 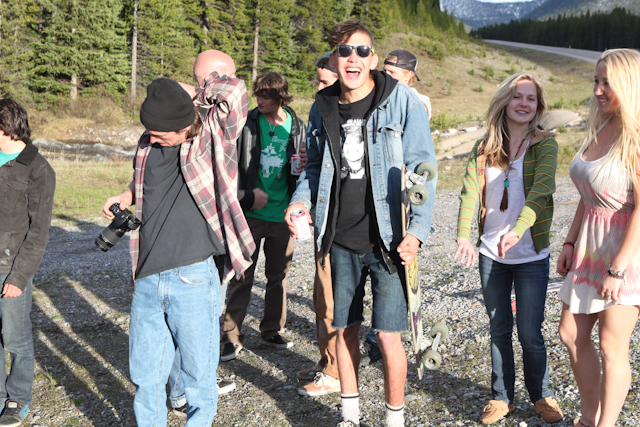 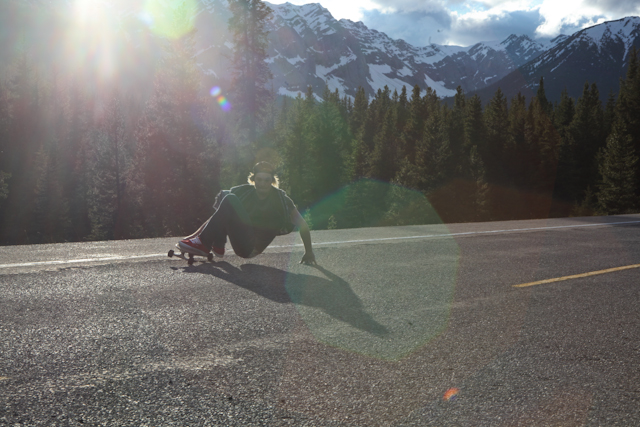 i took this photo of ben from inside the truck. apparently he was having an epiphany and explaining to everyone how awesome the valley was and how lucky we all were and we could go to hell if we thought differently. agreed totally. 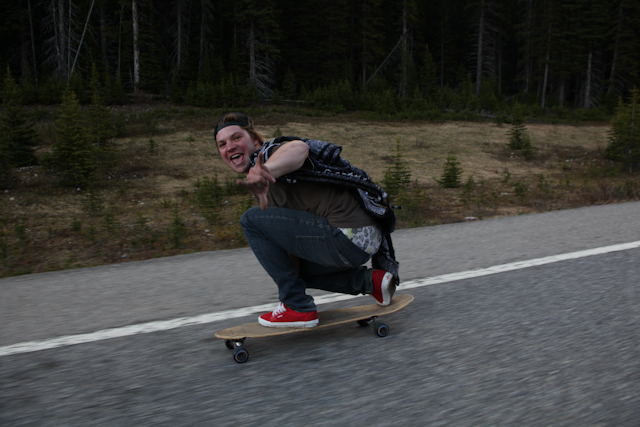 ben obviously skates for the devil 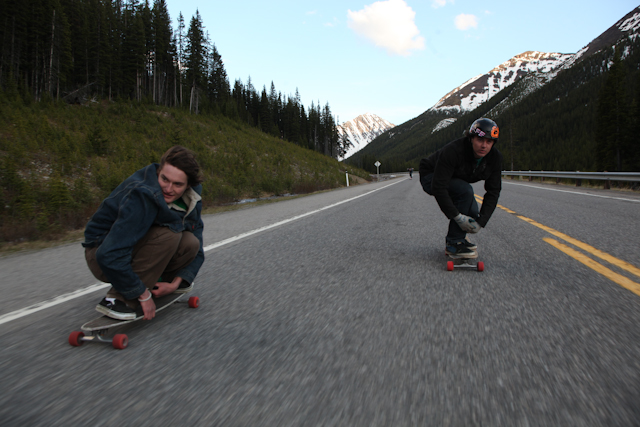 tristan and x man on the north side. whats that weird thing on you head tristan? kidding. good for you 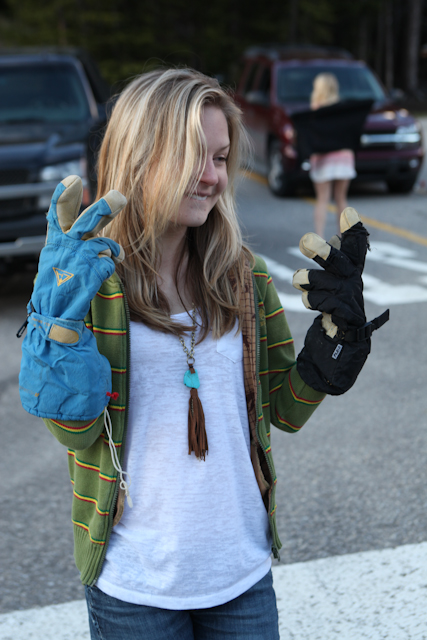 i dont even know 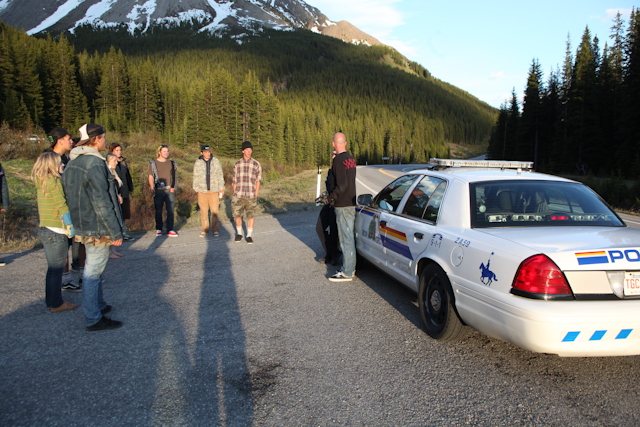 and the circus comes to town… 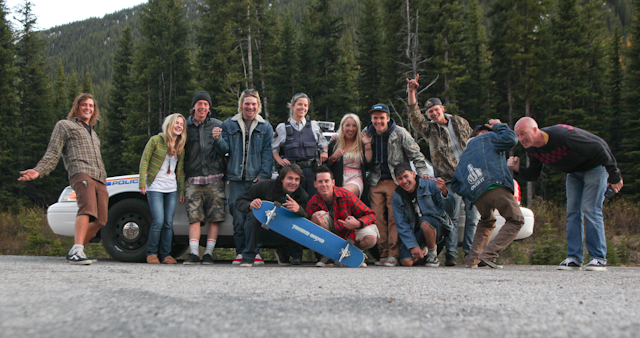 despite the fact that we were all a bunch of wise asses, the cop was pretty mellow bout the whole thing, i think she had a crush on koltais brother which helped. he was the only one with a beer in hand when she showed up, and im the one that got a beer ticket?!? explain that one! anyways, when she was done all the writing she took 5 minutes to ice her writing hand and pose for a very pretty photo with bunch of happy assholes. 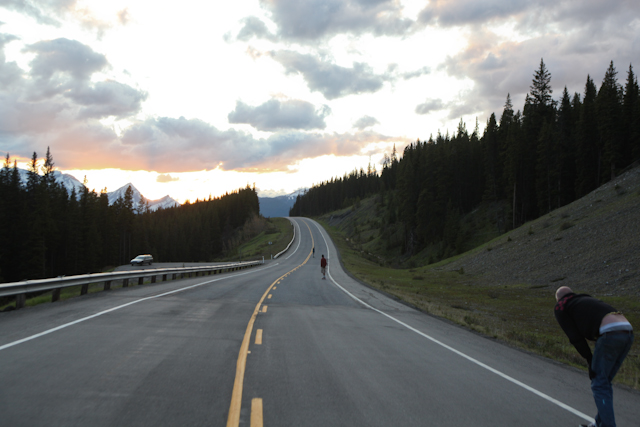 the cop left, we finished the north side 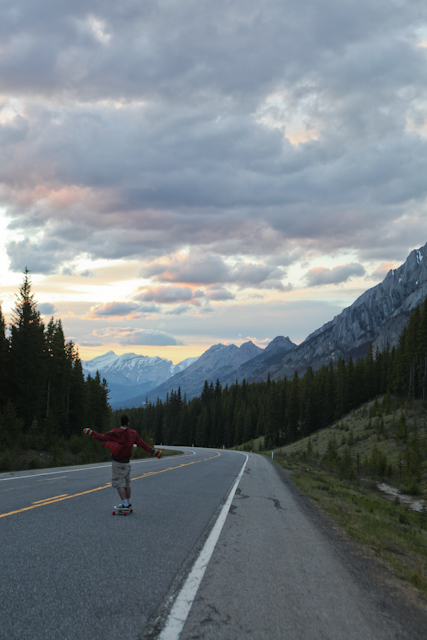 i think laura took this one of me. crooked jesus christ pose

so thats the stuff. happy days of summer. moonfish til death. get forked and eat yer greens. chow mein…

the soundtrack to this one was kyuss albumn- blues for the red sun. they are touring hopefully we get to see them denver or montreal.